7 Easy Tweaks to Make Your Meals Help You Lose Weight ... 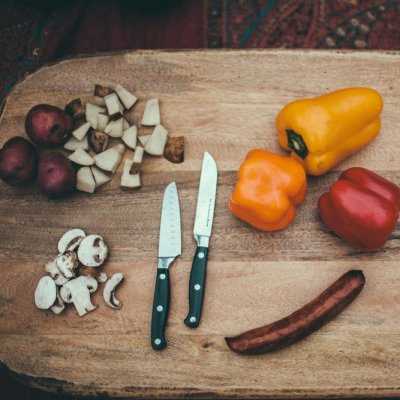 Losing weight is hard. We all know that trading in the junk food for salad will do us good, and we should jump on the treadmill and shed some pounds, but life has a tendency of getting in the way of even the best laid diet plans. Instead of pledging hours in the gym, try these meal tweaks which will help you lose weight.

Rather than deciding not to have any take-outs at all, which is difficult to stick to, especially when you get home late, starving, and unable to find any decent food in the house, commit to healthier food instead. For example, if your usual order is a big bowl of pasta, opt for a protein-based meal instead – a chicken salad, or something. If you usually stuff yourself with a large pizza, drop down to a medium. It might sound silly, but you can lose loads this way.

2 Don’t Stock up on Snacks

Take a look at your meal planning, and try to plan foods that will keep you full. Ditch anything that calls for snack foods that you might be tempted to eat, and avoid the snacks aisle altogether. You probably won’t get rid of the craving for chips or chocolate this way, but you’ll at least have to decide if you want to walk to the store to get some, and the exercise will help cancel out the calories. Do check your recipes first, though - if your favourite fajita recipe has a layer of doritos, you’re not going to be able to avoid buying them.

A little bit of what you fancy does you good, but making sure you don’t overdo it can be difficult. Make it easier by setting a calorie target. For example, aim for a 400 or 500 calorie breakfast, and let yourself have whatever you fancy that fits within that target. Remember that protein will fill you up, and whole grains are a great choice. Choose sensibly, though – if you eat three candy bars, you’re going to spend the rest of the morning pretty hungry.

Yes, I’m serious. Even when you’re eating something like pizza, pile on some vegetables. Arugula and green peppers are a great choice, and they’ll help you become full and stop you gorging on extras like chips and garlic bread. They’ll make skipping calorie-laden deserts easier, too.

Do you love fast food? It makes financial sense to go supersize, and those delicious smells make it so tempting, too. You’ll probably find temptation takes over if you try to ditch fast food completely, so instead, treat yourself to something small. A small box of fries or chicken nuggets is so much better when it’s a treat, and it won’t ruin your diet. It’s the same with unhealthy meals that you make at home – half a portion is a compromise, if you can’t give up that wonderful creamy meal!

Don’t be tempted to include fruit juice and shakes as a way to get your carbs and vitamins up. Research has shown that liquid carbohydrates just aren’t as filling as solids, and the stomach doesn’t give the signal that it’s full. There’s 48% extra calories in juice compared to eating the actual fruit, too. If you do it daily, that’s an extra four pounds you could gain!

Yes, really. The average freshly brewed coffee has 63 calories, including milk and sugar, and fancier coffees average 239 calories. Blended drinks can be much worse, as they are practically desserts in cups! If you’re forgetting to include your coffees in your calorie count, you’ll probably see much less of a loss than you expected. A daily habit could lead to an 18 pound gain. Shocking.

Before you cook any meal, take a look at the ingredients and see if you could switch any for a healthier alternative. Double cream for crème fraiche, for example, or sugar for sweetener. Have you got any tips for tweaking meals to lose weight? I’d love to hear them!