Lazy Girls Guide to Lose Weight without Leaving the Couch ... 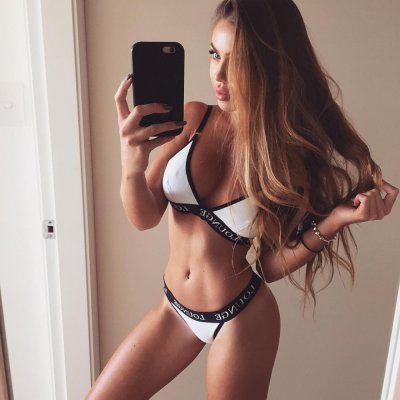 Everyone, especially couch potatoes, should find the time to work out. If you don't, then your body could end up suffering in the long run. It doesn't matter if you're busy binge watching a TV show on Netflix, because you can take a break in between episodes to exercise. Or, if you're watching live television, you can exercise during those pesky commercial breaks. You don't even have to move from your spot. Here are a few ways to lose weight without leaving the couch:

This exercise requires you to get off of your couch and stand in front of it. While facing it, put your hands on the cushions. Now, you should place one foot forward and one foot back. While leaving your hands in the same position, you should jump your legs back and fourth. That's the entire exercise! Easy, huh?

Instead of getting on the flat ground to do pushups, you can try doing couch pushups instead. All you have to do is put your hands on the ground like you would during a normal pushup, but you should keep your feet against your couch cushions. This is a bit challenging, so save it for when you're feeling powerful.

All you need for this exercise is a couch to sit on and a coffee table to rest your feet on. Place your arms out in front of you and move your back forward and backward. If you want to make the workout a little more intense, then you should place your feet in the air and your arms against the couch, instead.

For this exercise, you should stand on the side of your couch or behind your couch. Rest your hands on the edge of that couch while you lift one leg up and down. You could even make tiny circles with your foot while you have your leg up in the air if you want to strengthen your body even more. After one minute, you should switch legs.

For this exercise, you're going to keep your back to the couch while you hold your hands against the cushions. Then you're going to dip your body to the ground in order to work your muscles. As a bonus, this video also contains a few other exercises that you can do in your very own living room, such as crunches, V-ups, and planks.

Even though the man in this video uses a workout bench, you can do this exercise on the couch. All you have to do is suspend your legs until they're parallel to the floor. Then you should pull your legs toward your torso and then lower your legs back to the starting position.

This exercise can be done on your very own couch, because all you have to do is make circles with your legs. Try not to move any body part other than your legs, and keep those legs as straight as you can.

You don't have to step away from your television in order to do these little workouts, so there's no excuse for skipping them. What other couch exercises do you do during commercial breaks?