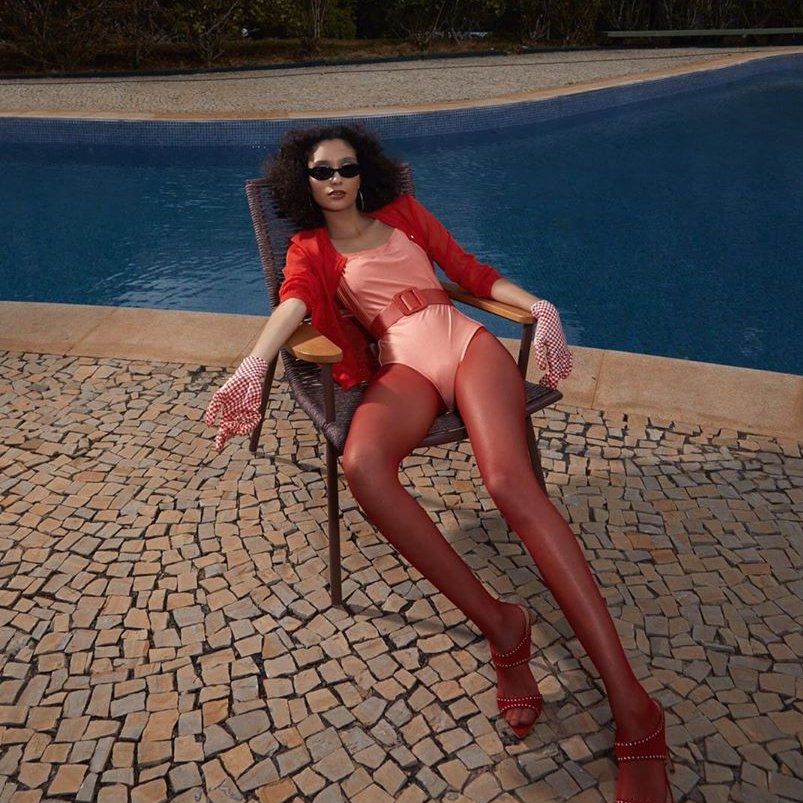 If you’re innately lazy, you have to work doubly hard at losing weight, maintaining weight and keeping fit. You have to dig deeper for motivation because you don’t hate the gym - you just hate the thought of the effort it needs to even think about going there. Well my lazy friend – I hear ya! Loud and clear. But despair ye not. There is hope for us lazy girls because there are lazy ways to lose weight. Don’t believe me? Read on!

1. Sneak Movement into Everything

If you’re a lazy girl, one of the lazy ways to burn calories is to sneak as much movement into your everyday activities as possible. Have to sit at a desk? Tap your feet or raise your feet up off the ground from time to time. Opt for stairs instead of elevators or escalators, or park a little farther from work, the grocery store, or other destinations. Pace when talking on the phone, or squeeze a spongy ball. Put things you need often in a place you’ll have to reach to get to. Every movement counts, so sneak in as many movements as possible.

2. Diet Only Twice a Week

The key here is to restrict the carbohydrates you eat on those two days. It may seem counter-intuitive, but in a three month study, women who limited their calorie intake to 1500 per day every day lost the same amount of weight as those who only went on a low-carb diet twice a week. On those two days, avoid carbs and eat lots of vegetables. Don’t eat pasta, breads, or sweets, and limit total carb intake to 50g. The two days you choose don’t have to be consecutive. All other days, eat what you want, but the food must still be healthy.

In fact you should plan snacking into your diet. Select snacks that make your food work for you instead of against you. Choose fiber-rich foods or foods with high protein, since these foods will make you feel fuller and more satisfied, and they tend to be lower in calories than traditional snack foods. Keep away from foods with empty calories such as chips, crackers and sweets, because they tend to be highly concentrated in calories and don’t leave you feeling satisfied. When all else fails, chewing on a piece of gum will not only burn calories but help you avoid the need to snack.

4. Be Careful What You Drink

Most people don’t really think much about what they drink and if it fits into their diet plan. They just think about what they eat. Sugary drinks, juices, or alcohol are very high in calories and drinking just one or two a day can add between 300 and 600 calories a day. Furthermore, alcohol slows down your metabolism and interferes with calorie burn. However, drinks can be used to your benefit. Drinking coffee or caffeinated tea, without sugar, can increase your metabolism slightly, and if you drink a large cup of water before eating, you’ll eat less.

Lazy girls will be happy to know that they can tone down their workout intensity and focus on strength training only 2 times per week and still get good results. One study showed that people who exercised 30 minutes per day for three months lost more eight than those who exercised 60 minutes per day. Jade Teta, author of The Metabolic Effect Diet, says that prolonged exercise without enough recovery time increases the stress hormone cortisol, a hormone that holds onto belly fat. Using that same principal, reducing your strength training to two times a week yields the same resulting muscle tone as working out every other day.

Perhaps ironically, a few more hours of sleep can actually help you lose more weight. Lack of sleep can cause you to eat more throughout the day, as well as not have enough energy for your workouts. In fact, a study at the University of Colorado showed that people who didn’t get enough sleep increased the desire for high calorie foods. Researchers speculate that lack of sleep disrupts the part of the brain that makes us more prone to make bad decisions. Aim for about 7 to 9 hours of sleep per day. Sleeping more to lose weight has to be a lazy girl’s dream ^_^

7. Don’t Just Look at What You Eat but How You Eat

How you eat can be just as important as what you eat. First, make a few simple swaps at meal, such as vinaigrette dressing instead of blue cheese or fresh fruit instead of dried. Spicy foods tend to increase metabolism somewhat. Eat a light dinner and eat it early; eating late can cause digestion and sleeping problems. Be diligent with portion control, taking in only 25% of your total caloric intake for the day, 4 times a day.

8. Don’t Let Yourself Got Too Hungry

While a little hunger is alright, starving yourself is never good. In fact, it will completely sabotage your diet. If you haven’t heard of the word hangry, it’s a combination of the words hungry and angry – a feeling we get when we’ve waited too long to eat. Hanger is a biochemical response to low blood sugar levels, which impair your mood. When you finally get some food, you are very likely going to overeat.

I’m of the opinion that women make it hard on themselves to lose weight. It is a battle against all the instincts and habits that have caused you to put on the weight. If you can battle those issues in a way that takes minimum effort that sounds good to me. You can tackle weight loss by going at it hammer and tongs but that isn’t sustainable for lazy girls and ultimately the result is failure. Work with your laziness – not against it!