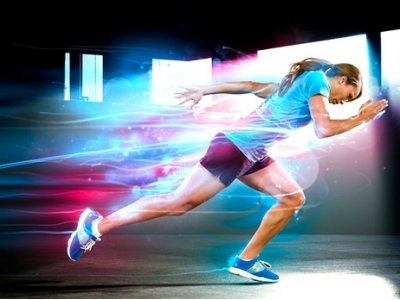 As a personal trainer for over a decade, I have countless weight loss success stories that will inspire you. Since I abide by full confidentiality I will withhold any specific details for my client’s best interest. But I will provide you all the inspirational details in how you can lose weight and have success. And all extra details will be included so that you can stay motivated and on track to achieve fitness and health success. Here are weight loss success stories that I hope motivate you:

One of my first clients, I trained a decade ago, was a college student that had put on twenty three pounds from just one year at school. With the life changes, food changes and time management, fitness fell to the back burner and as a result her skinny jeans no longer fit. Rather than swap her skinny jeans for all elastic pants she called me to help her transform over the summer. With my fitness plan she lost twenty eight pounds and transformed her life in just three months and I gained a great friend for life (we still talk all the time). This is one of my great weight loss success stories that should inspire you to achieve!

One of my clients who has just had her first child found herself thirty five pounds over her pre-pregnancy weight and feeling a lack of energy. Once a college athlete but since new motherhood and life changes, she found herself overweight and feeling insecure of who she was. I helped her regain herself and learn to balance life as a new mom to include fitness. In five months, she learned to balance life, restructure her eating, and gain self-confidence. As a result, she lost thirty two pounds, gained lean muscle tone and even ran a half marathon. And even though she did not reach her goal weight since she gained muscle, she was in a smaller size clothes than she had been in since high school. Through the process of my training she found a new love (aside from her family), a love for running and she found balance as a new mom!

A prospective client contacted me interested in my training to help her lose forty pounds for her fortieth birthday in just seven months. With my guidance, training plan and a growing friendship I helped her to achieve this. In the process she found so much more about herself and what had caused her to emotionally eat. She confronted her fears and conquered new challenges (like a half marathon) and we became friends for life. At her fortieth birthday she shined more than in her twenties. With hard work and determination anything is possible!

A male client contacted me interested in running a quicker 5k and losing ten pounds so I accepted the challenge. In two years he not only lost twenty pounds (more than he had ever imagined) but he became one of the fastest runners in the state, smashing race times and all the while getting leaner to reveal a tremendous transformation.

With sixty approaching, a woman contacted me hoping to lose weight so she could keep up with her five grandchildren but she never saw an athlete within her (or what would come). In one years’ time she managed to lose thirty three pounds, become a runner, break her own fitness records and rock a size she had not worn in twenty some odd years. She proves that age is just a number, it is all how you feel!

Just three years ago, a woman contacted me interested in joining my Bootcamp, after joining for one month she inspired her husband to join as well. Exercising as a couple they managed to lose quite a bit of weight and smash their own fitness records repeatedly. She lost twenty four pounds and her husband lost over fifty and that is pure inspiration. What is more inspirational is that with their six packs and strong body they also revealed their athleticism by coming in the top percentage of countless running races. They not only look fit and amazing but their personalities shine as a result. This is one fit and fierce couple that you should be inspired by; they have proved together anything is possible!

After combating a serious of health issues, a client contacted me hoping to lose twenty five pounds and have more energy. In just ten months’ time she accomplished this and much more. Through my guidance and support, she lost forty one pounds (she did not even know she could lose this much), she achieved the lean stomach she dreamed of, found more energy, and found the freedom and joy of running solo. She went on to run several marathons and proved that she can be a fabulous fun fifty!

I hope this glimpse into my amazing client success stories will inspire you and show that with hard work, determination and a lot of sweat you can achieve any goal. Are you ready to become the next fitness success weight loss story? Then get working!