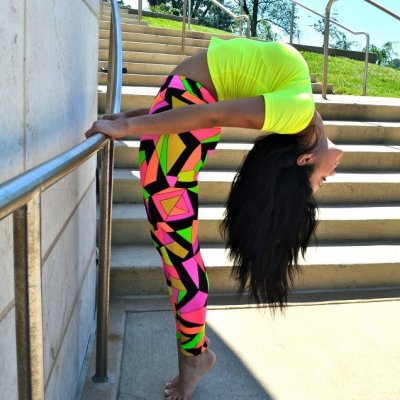 I didn’t know until recently there were two kinds of fat cells in our bodies that actually work quite differently. I just thought fat was fat, but no. There are white fat cells and brown fat cells. The vast majority of our body fat is white, which is essentially our storage of excess calories. Brown fat, however, burns calories. And so much so that activated brown fat produces 300x more heat than any other body tissue. When you know that this means that 2oz of brown fat can burn the equivalent of 30 minutes of exercise, it really makes you sit up and take notice. As most adults have brown fat, why not make yours work for you? Here’s how you can engage brown fat in your weight loss efforts.

Swedish researchers scanned five study subjects after the poor things had endured two hours at temperatures ranging from 63°F to 66°F. While the scan was being performed, the study subjects cooled down their body temperature even more by frequently dipping one foot into ice water for a period of 5 minutes at a time, after which they'd leave their foot out of the water for five minutes. Not only did the study discover that all subjects had detectable brown fat deposits after exposure to the cold temperatures, the study also revealed that the added cold water exposure boosted the subjects' own brown fat activity 15-fold.

Keeping your skin cool will help to activate brown fat activity. Cold temperatures induce a signal to our brains which issues a command to stimulate brown fat activity in two distinct ways, namely by sending nerve impulses to brown fat cells that will stimulate an additional boost in cellular activity and, by acting on our vascular system directly, increasing blood flow to our brown fat stores. Do you need to be on the verge of suffering hypothermia to do this? No! Researchers discovered that merely staying in a 59°F room for two hours, while wearing summer clothing will activate brown fat and burn off an additional 100 to 250 calories, depending on the age of the person. Lowering your thermostat at home or in the office to mid-60s temperatures or lower may be sufficient to allow you speed up weight loss by boosting brown fat activity.

3. An Apple a Day with Its Peel on Keeps the Weight at Bay

5. Exercise in Temperatures below 64°F

You can also speed up weight loss by boosting brown fat stores' activity during your workout if you exercise at temperatures not exceeding 64°F because that way, you'll burn off more calories. If your skin is exposed perspiration will evaporate faster while you exercise, producing a cooling effect that will stimulate your brown fat stores. The hotter the room you're exercising in, the lower the brown fat activity - a really hot environment shuts down brown fat activity eventually.

6. Boost Your Production of Melatonin

As well as brown and white fat, there is beige fat. Similar to, but not as potent in its calorie-burning properties as brown fat, beige fat is increased with the production of melatonin, the hormone we associate most closely with regulating our sleep-wake cycle. When you are getting regular, good sleep, you are helping your body in so many ways, including helping beige fat burn. You can naturally stimulate your melatonin levels by getting sunlight exposure during the day (to stock up on vitamin D), avoiding blue light activities before bed and by eating melatonin rich foods such as tomatoes, cherries and almonds.

7. Eat Regularly and Consistently – No Stuffing or Starving

To activate and increase production of brown fat, you need to make your brain’s hunger-regulating neurons work efficiently and effectively. Eating too few calories will not encourage white fat to turn to brown fat, so no starving! Similarly, eating too much increases white fat as well as interfering with brown fat’s ability to torch those calories. (This was backed up by a study at Harvard.)

8. Keep an Eye on the Sugar Level and Intake

Brown fat is deemed beneficial for diabetics because of the way it can improve blood sugar metabolism. People with lower glucose levels typically have more brown fat than people with higher glucose levels. This indicated brown fat may be directly involved in glucose control. Researchers discovered a certain protein in brown fat that seems to improve the metabolism of white fat. Experimental mice lacking this protein expended less energy, put on weight and got diabetes. Do as these savvy mice did: speed up weight loss by boosting brown fat activity! How? One way is to avoid sugar peaks and crashes.

At a certain set point, our brains automatically begin to slow metabolic activity, which makes it far harder to lose extra weight. Brown fat, by kick-starting metabolic activity, could assist in fighting the metabolic slowdown that sets in during dieting. As we get older, we tend to put on another 10 pounds of weight for every ten years we live. A calorie-burning kick up the metabolic behind could be enough to help you lose an additional 200 to 300 calories a day, which adds up to a pound of body fat in a couple of weeks. Ready to put your brown fat to work?