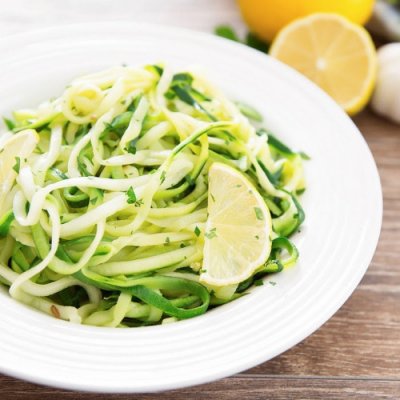 The idea behind zero calorie foods is that they require more calories to chew and eat than they contain. Thus, you can eat them and still create a calorie deficit for weight loss. Sound too good to be true? The experts seem to be a bit divided on the topic, so that leaves it up to you to learn what you can and decide for yourself. The good news is that most foods that are considered zero calories are actually pretty healthy so they make a great food choice, even if they aren’t burning more calories than they contain. Here’s what you should know.

While most experts say it is entirely possible that zero calorie foods can take more energy to burn than they contain, there is no real scientific research linked to the idea. The theory came about when diet experts began to feel that certain foods, such as celery, were so difficult for the body to digest, that they required more energy to break down than they contain in the first place. That being said, these foods are generally nutritious choices so eating them shouldn’t be an issue.

2. Will They Lead to Weight Gain?

Yes and no. Zero calorie foods, like I said before, are very low in calories, which is necessary for weight loss because you drop pounds when you burn more calories than you consume. However, just because you’re shedding weight doesn’t mean it’s because the foods are zero calorie. It’s much more likely that you are simply filling up on fewer calories, which is a recipe for weight loss. And, if you eat too many of these foods, you could still be getting more calories than you need, which may translate to weight gain.

3. You Still Have to Count Them

Calories are calories, so you can’t just think you’re negating certain foods and go all out in eating them. Your body will digest one stalk of celery just the same as it digests ten, so eating too much is only going to make you sick, not cause you to lose weight. When you’re counting calories, make sure you are including so-called negative calorie foods, suggests the American Dietetic Association.

Wondering which foods are considered negative calorie items? Knowing that is important because it can help you choose items that are healthy and nutrient dense, but low in calories for good overall health and weight loss. Zero calorie foods include celery, asparagus, cauliflower, carrots, lettuce, spinach, squash, tomatoes, zucchini, beets, cabbage and green beans. As you can see, most of these are veggies, which are naturally low in calories anyway.

5. You Have to Eat Other Things Too

A diet made up of only zero calorie foods will be lacking in certain nutrients that you must have for good health. Without fruit, meat, grains and dairy in your meal plan you could wind up deficient in protein, iron, calcium, vitamin D and many more. So, yes these foods are great choices for a weight loss meal plan, but they shouldn’t be the only thing you’re eating.

Yes, a zucchini might be negative calorie if you agree with that side of the camp, but if you sauté it in oil, for example, the calorie count goes up. Negative calorie foods are such only if they are eaten in their natural state and not fried, baked or otherwise cooked. Eat them raw if you want to test the idea that they burn more energy than they contain.

7. Negative Calorie Foods Can Be Part of a Healthy Lifestyle

Most experts agree that an overall healthy lifestyle is your best bet for weight loss, weight maintenance and general good health. That means a diet rich in plant foods, but balanced with meats and grains. It also means getting plenty of exercise, sleeping enough, not smoking and having a supportive network of friends around you.

Do you believe in zero calorie foods? Why or why not?