9 Crazy Weight Loss Fads from around the World ... 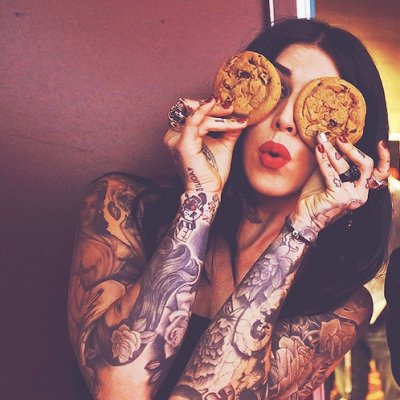 We do some funny things to lose weight. We know it takes commitment, reduced calorie intake and regular exercise to lose weight but it doesn’t stop us hoping for a miracle cure or at least, something that makes it easier. And those seeking help really do find some very strange ways to shed pounds (or not!).

Where else but in Hollywood would adults start substituting baby food for up to three meals a day? Nutrition experts say that people will obviously lose weight with crazy fad diets like this one, since they are limiting their calorie intake drastically, but they won't have a pleasant eating experience, because baby food has no crunch, taste or fiber, and won't fill you up properly. Although baby food is pure and high in vitamins, it was, as the name says, designed as appropriate nourishment for babies, not adults. They will pile on the pounds as soon as they start eating adult-appropriate meals again.

For some inexplicable reason, Spanish women believe their bocadillos help them to keep down the weight. Replace one meal a day with a single sandwich, which must comprise of nothing but two whole-grain slices of bread and everything that goes into the filling must be stuff that constitutes a proper meal. No pickles or fries, no chips or dessert! It's a clever way to control portion sizes and most people love nibbling a tasty sandwich, especially when it's filled with healthy stuff.

Also known as the moon diet, this diet doesn't' encourage you to eat your neighbors, no, instead Latin ladies who swear by this say one should eat according to the moon's phases. Apparently, Demi Moore and Madonna are fans of this concept, which is based on the principle that all things on earth are subjected to gravity. Since human bodies consist mostly of water and the moon is known to affect water (albeit for oceans, not little old Latin ladies), the gravitational pull of the moon on the water in human bodies should help to detox and lose weight. Here's how that latter part is supposed to work...the diet plan begins with a 24-hour fast during full moon (you can howl, if you wish), where one presumably sheds some of that weight.

Horace Fletcher, an American who began promoting a technique called "Fletcherism" in the late 19th century, can't have been much of a wheeze at dinner parties. His credo was to chew each morsel of food at least 32 times, turning it into liquid form, fact. Nicknamed the "great masticator" by his contemporaries, Fletcher was convinced his method would avoid disease and would help people lose weight. A credo that made him rich.

5 Tie a Yellow Ribbon round That Ol' Waist

Being surrounded for your entire life by the most delicious French bread and pastries must make you despair of ever getting to your ideal weight. French women have developed a unique technique to tell their tummies when it's time to stop indulging. They wear a ribbon around their waist, hidden underneath their clothes when they go out for dinner. When the ribbon gets tighter, as the evening wears on, it reminds French women in a typically stylish and elegant way, that everything in moderation is the way to a perfect figure and happiness.

Back in the 1950s, British physician A.T.W. Simeons decided that following a 500-calorie-per-day diet regime, combined with daily injections of the hormone human choriogonadotropin, hCG for short, would be a good idea to cheer up his fellow Brits - people who were already slender and thin because they were still coping with rationing after WWII. His suggestion must have cheered them up no end! hCG is produced during early pregnancy and Simeons believed it would promote weight loss. Obviously, eating so very little will make you lose weight, but there's no scientific evidence that the hormone injections do anything other than potentially make you broody. In fact, taking these injections can be dangerous, causing blood clots, headaches and depression in some. The FDA approved hCG only as fertility treatment, not weight loss aid for that very reason.

A favorite diet among Indonesian dieters, OCD was named after its inventor, Deddy Corbuzier. The diet involves fasting intermittently, limiting your eating to a small period of time of four, six, or eight hours. Benefits: you can eat whatever you like during that time. Disadvantage: You won't be getting any more food for 16, 18 or 20 hours each day. Some people are therefore eating just one big meal a day and it works for them, but the dieter needs to be disciplined enough not to go binging.

In Japan people follow food fads even more fervently than in the US - and discard them for some new craze just as enthusiastically. At the moment, the long breath diet is making Japanese stomachs rumble with excitement. Founder Ryosuke Miki believes to have discovered a new weight loss method by accident. He practiced deep, forced breathing exercises every day to help with his back pain. He discovered he'd lost 28 pounds in the process. Try doing his breathing exercises and you'll see why this diet might just work: your core is exercised a lot during the daily routine. While this may not be a fast weight loss fix, it's healthy, will improve your overall health and allows you to lose weight quite naturally. Now, take a deep breath everyone...and exhale! See, another calorie burned off!

Trust Brits to come up with a diet that involves being shot at! Of all the crazy fad diets, this one takes the calorie-free biscuit. Like prisoners on death row in sci-fi movies, participants in this whacky diet are encouraged to eat a low-calorie, healthy and tasty meal, before they are being herded into a paintball stadium and made to run "for their life" or four professional marksmen will pepper their hides. Slackers are not tolerated! Once you've been stung a few times by paintball attacks, you'll move those haunches, don't you worry! Apparently, herd animals burn off 800 to 1,000 calories during their hour-long, scary stadium experience. A dangerous step too far on the diet front perhaps?

On the scale of crazy, these diets are probably whacky rather than dangerous unlike other diets people have dared to try. What weird ways have you tried to lose weight?