You Have to Hear These Secrets about Women and Their Weight ... 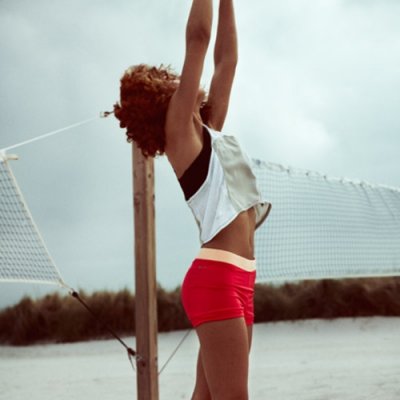 You will never believe the stories of inspiration of these women who lost weight. Some battled cancer and changed their lives, others reignited a spark in their marriage, and another lost weight and finally became pregnant after a long time struggle. And that it not all, there is so much more that will inspire you. These are just a few of the stories and a snapshot into my life as a certified trainer for over a decade. Doing what I do you know that everyone is important. People matter and if you choose to do so, you can make a difference too in your live and in inspiring others. So tune and take a glimpse into the lives of these women and their weight loss stores!

After fighting the fight with breast cancer a woman contacted me for help in her transformation. She put on weight due to varying medications and was ready for a life reset. Through healthy eating and exercise, I worked with her to lose 28 pounds and reclaim her life! Now that is awe inspiring!

2 Need My Spark Back

After several years being married a woman became so comfortable she slowly packed on the pounds. This added up to just over 34 pounds and she no longer felt like herself. Then came the time that she reached out to me through a local ad. In just 4 months of personalized training I worked with her to lose the weight she had gained and also rebuild her confidence. I also was able to see the love rekindled between her and her husband. He always loved her but she has lost her confidence because of being unhappy with her body but now she was back and feeling on top of the world!

3 Wanting to Give Life

A young girl in her late twenties contacted me to lose weight and increase her fertility. Since she was overweight by just under 20 pounds doctors had attributed this to the reason she was having trouble getting pregnant. So she embarked on a journey in joining my Bootcamp and just 6 months down the road she took a break from Bootcamp because she became pregnant, with twins!

4 Tired of Being over Worked and out of Shape

A woman reached out to me because she was tired of being out of breath taking the stairs at work, especially since it was only 2 flights of stairs she walked up to her office. She was fed up of working long hours and feeling so out of shape. And she wanted to reclaim the life she deserved. So she enlisted in my Bootcamp; 4 years later she is in the best shape out of thousands of clients I have trained. She learned work and health balance and bettered her life in the process! You go girl!

5 Yo Yo Diet Princess

A young girl in her early twenties called me to see if I could help her. After years of yo yo dieting, testing out every fad diet on the market, she was tired to not seeing results. She felt frustrated and discouraged but after our conversation she believed this was another chance. In just 8 months of personal training she has lost 53 pounds but more importantly she learned how to eat healthy and exercise for life. Nothing aggressive just everyday tips to help her make healthy changes that last a lifetime!

6 Waiting for a Ring

A beautiful but shy woman approached me after my Bootcamp class asking more information about my program. After discussion, I realized she had been waiting on an engagement ring from her long term boyfriend of 4 years and with no success she ate her way to satisfaction. In the mirror the woman that had put on 20 pounds on her 5 foot frame had lost an important part of herself, confidence. Through a running workout program in 6 months I helped her to lose 23 pounds and she became engaged! Now that is a transformation!

A new mom became the stay at home care provider that munched on snacks all day and in a few short months it showed. Gained 15 pounds and losing muscle tone after her pregnancy, she reached out to me to personal train her in the evening. In just 3 short months I helped her to lose weight but also find a plan that worked with her busy mom life. And she loved her new body so much she ended up entering fitness shows to compete. Now that is super results!

With these secrets of success it is easy to see if you have a plan, eat healthy and get on a regular fitness program, you will achieve amazing results! So are you ready to make a change in your life and transform? So then get on track and get with it!