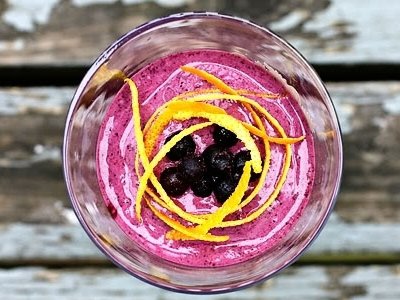 As someone with an interest in all things related to health, nutrition and exercise, I thought I would share some of the many reasons to use whey protein in your next shake, smoothie or any other meal for that matter. For those of you who don't know about whey, here's a little explanation. Milk is made up of casein and whey, which are two types of protein. As a by-product of cheese making, whey protein can be separated from the casein in milk or formed. It contains all 9 essential amino acids, is low in lactose and is considered a complete protein. You can buy whey protein as a powder, which you can then mix with milk, water or yoghurt, or it can be found in protein bars. I prefer the unflavored variety and whilst whey is traditionally associated with those who are looking to turn themselves into Mr Universe, it's not just for body builders. Here are some of the reasons to use whey protein in your diet.

If you're looking for an ingredient to regulate your blood sugar, then whey protein is one such ingredient. It has a very low glycemic load and glycemic index, which means that it sustains blood sugar levels. This means it could reduce the risk of type 2 diabetes. That's definitely one of the many great reasons to use whey protein in that breakfast smoothie or shake!

Now, we all know that having terrific teeth is dependent on a number of factors, oral hygiene being the most dominant. However, if you're worried about tooth decay, whey contains a compound called, wait for it, glycomacropeptide. Yeah, my spell check didn't recognize this one either. This compound is reported to inhibit the growth of plaque's bacteria, which is the cause of tooth decay. Whey to go!

Studies conducted in Australia showed that whey helps protect the blood vessels from insulin resistance, which means it can reduce the risk of heart disease. Try adding unflavored whey powder to cooking or to your carb-heavy breakfast to increase the protein content.

Hands up who want an ingredient that will improve their athletic performance. Research conducted on a group of men in Canada found that those taking whey protein had increased their muscle strength and put on more lean muscle mass than the group who had taken a placebo.

Research conducted in both the US and Canada has shown that whey can boost the immune system. It is also reported to have helped people with HIV by boosting their white blood cells.

Research has also found that whey helps prevent the loss of an antioxidant called glutathione during exercise, which means that it enables you to recover from exercise quicker. It's also a good source of bone minerals such as calcium, magnesium and phosphorus.

Obviously I'm saving the best till last here so hear me when I say whey can help with weight loss. Yeah, I knew that would sway you. We all know that protein helps keep you fuller for longer and in a recent study, 19 volunteers were placed on various different diets. The study found that increasing the protein content in some of the diets from 15 to 30 percent, whilst reducing the fat content and keeping the carbohydrates constant, led to greater fat loss and weight loss. We all know that a breakfast containing proteins is going to set you up for the day. Well, a Dutch study also showed that whilst protein rich breakfasts kept hunger at bay, it was the breakfasts containing whey protein that were the most sustaining.

Obviously if you're allergic to milk, then whey may not be for you. However, some people who are sensitive to components found in milk are not allergic to whey. If you're unsure, it is best to check with a health care practitioner. As you can see, there are many reasons to include whey in your diet, whether it's in a smoothie or a shake or any other 'whey'! Are there any other fans of whey out there and has anyone else seen the benefits of including it in their diet?