7 Healthy Ways to Cut down Your Sugar Intake ...

Let’s face it – it’s hard to cut down on sugar – especially if you have a sweet tooth. Most people at some point will have taken that sugar-coated bonbon and scoffed a whole bag of them in five minutes, but it’s not healthy. We are supposed to cut down on sugar – not merely when are dieting but for good health in general. To reduce sugar intake requires willpower and the desire to change. With a little know how it is made easier so here are 7 Healthy Ways to Cut Down on Sugar:

Start to cut down on sugar by knowing why you might have a craving for it in the first place. In the distant past nobody was sure how often their meals would come, so early human evolutionary brains taught the body to seek out the highest energy sources possible. And, naturally, this triggered the release of endorphins when sugar and fat was gained, which was the reward response. To reduce sugar that association must change. 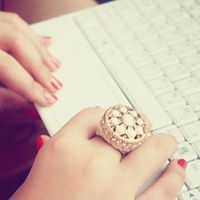 Get Ready to Giggle These Amazon.com Reviews Are a LOL-Fest 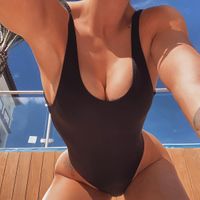 How to make your boobs look bigger

Sadly, the best way to cut out sugar is to just go cold turkey. Going cold turkey is difficult as the body will fight back, but it’s important that this is resisted; so that means there should be no treats at the end of the week or the body will come to expect it. It will be difficult in the first few weeks, but the body will eventually learn and change its tune. Swapping sugar in your coffee for artificial sweeteners for example, is not such a hot idea. Treat it like a band aid. Best done fast!

If the body isn’t hungry then it won’t crave sugar. That’s why a great way to reduce sugar is to simply eat more regularly and with balanced meals. Leaving too long between meals is often what creates the cravings. On average you should be eating at least three main meals a day and two snacks throughout the day. When the body has enough fuel to burn, then it won’t be crying out for nourishment. This is a way to counter that evolutionary response.

As a source of carbohydrates opt for unrefined whole grains like oats, rye, and brown rice. The amount of fiber locked up within these foods will help to ensure that the body’s energy is released slowly. The body needs sugar for an injection of energy, so if the energy is released consistently, then it knows that it doesn’t need a hit of sugar.

Believe it or not, alcohol can be very high in sugar. Of course, this will depend on the type of alcohol, but it’s there. This is one of the number one causes of confusion as people attempt to cut down sugar, and yet after months of doing so, the cravings remain as intense as ever. Cut the alcohol and the cravings will probably go with it.

7 A Different Kind of Sugar

Fruit contains a lot of natural sugars and is where our ancestors got most of their sugar from. Eating natural sugars is not harmful at all so there is no need to cut down sugar found naturally in food. The harmful sugars are the refined sugars that are found in chocolate, sweets and processed foods.

Learning to cut down on sugar can be a difficult process. The key is persistence. You’ll probably mess up mess up at some point but it doesn’t matter because even a small change towards a better diet is a good move. There’s no need to reduce sugar intake to zero – just reduce it.

funny
Get Ready to Giggle These Amazon.com Reviews Are a LOL-Fest
health
7 Things Everyone Should Know about PCOS ...
shoes
6 Hot Brown DKNY Mid-heels ...
money
8 Ways to save 100 This Month ...
beauty
How to make your boobs look bigger

Why beef is bad for you ...
What to do with old perfume bottles ...
What is cow milk ...
What food helps lose weight ...
Is sugar processed ...
What is the hottest wing sauce ...
What causes stress for students ...
What to do instead of celebrating christmas ...
Is making mistakes okay ...
How to deal with controlling partner ...