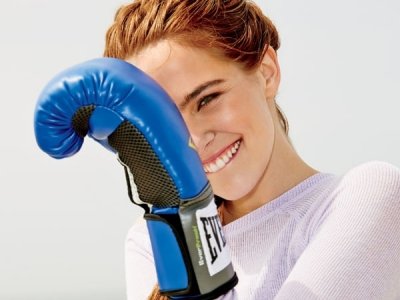 As a personal trainer and having been in the industry for over a decade, I have some dramatic weight loss stories that will inspire you. These men and women had a goal and transformed their lives. I have been the lucky one because they called me and gave me the opportunity to train them. And I dedicated my knowledge, expertise, passion and concern to help them achieve what others would say to be impossible. But anything is possible and these weight loss stories will show you how:

Tired of trying to squeeze into her size 14 jeans at 5 foot 4, this woman decided she had enough. She picked up the phone and called me. In just seven months, she managed to lose 56 pounds and slimmed down to a size 4. On her wedding day she had been a size 6, but she worked so hard. I showed up two days a week to lead her through intense exercises and she made it happen. On her goal day, she looked at me and said, “I could never have done it without you, you changed my life.” I held back tears and replied, “You changed my life, I am so proud of you.” This is one of the weight loss stories where there was a mental and physical transformation.

A couple approached me several years ago because they were pre-diabetic and a doctor told them if they value their lives they should contact me. They were scared but reluctant to begin exercising. After just one training session I could see that they were ready to put in the time. I gave them a fitness plan and saw them just once a week, and each week at their weigh-in they lost 3-5 pounds. After just one year, the husband lost 109 pounds and his wife lost 63, both reaching their goal and allowing them to stay clear of diabetes!

3. I Need My Energy Back

A 74 year old woman contacted me with hopes of feeling anything but her age. After years of working in the medical field, she felt tired and out of shape. After 2 years of personal training she lost 18 pounds and gained an energy level that many younger people would have trouble keeping up with.

4. I Want to Look Younger

A woman in her late 30s contacted me because she was overweight by 45 pounds and this excess weight had her looking older and feeling depressed. After intensive personal training, targeting all the areas that troubled her and cleaning up her diet, in 8 months she was able to lose the goal weight and an extra 3 pounds as a bonus. She looked so great that people actually believed she looked younger than her age. Now that is awe inspiring!

A woman in her mid 30s contacted me to lose weight because she was having marital issues and needed to get her life back to focus on her health. She worked hard with weights for three days, cardio for four days and followed all advice I gave her. As a result, she lost 21 pounds, sculpted her abs and became toned everywhere. She was glowing on our last training session as I told her she was ready to do this on her own. And as she felt better about herself, she even saved her marriage!

6. I Need to Better My Health

A young college student at the age of 21 contacted me because she was trying to diet at school and she had began to lose her hair. She was mortified but this is normal if you are not providing your body with the proper nutrition. With a weight loss goal of 17 pounds to lose over the summer, I had my work cut out. I met with her three days a week and helped her to lose 21 pounds in three months and when she returned to college she kept in touch. I also had her increase her calories because she was not eating enough and this was slowing down her metabolism. She ended up visiting the gym daily and she stopped losing her hair.

After years of joining gyms to barely set foot in them, a woman contacted me looking to lose 80 pounds. She was in her early 40s, successful in her career, but not satisfied in her life because of her weight. I met with her and we instantly connected. She worked countless hours to provide her family with all of their desires while she ignored her own. Through a year of training she lost 70 pounds, ran a half marathon and changed her entire body composition. Although she did not reach her goal of 80 pound weight loss, she looked better now than in college due to her lean muscle. And she got her life back in the process. Now that is amazing!